"It doesn't matter what you do it's that you are out there doin' it and that's all that counts!" 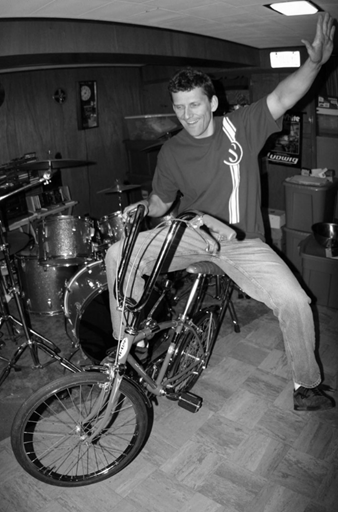 Your authorative resource for BMX, Old school to New

BMX is an integral part of my life since I saw Evel Knievel in the early 70's and while into motocross I started to emulating Bob Hannah on my bike around the neighborhood.  Road my Fastback Stingray just like my Honda 50cc back in 1972. 1974 I saw On Any Sunday and realized I had been BMXing without knowing it! 1975 got my first BMX frame/fork, 1974 Redline Squareback, but my first BMX bike I raced was a Torker purchased in 1978.  I was dubbed "The Torker Kid" and raced Torkers until 1984 when Torker closed its doors.

Grew up pushing the limits and contributed what I could to what has turned out to be so popular now.  Had many hurdles along the way and wanted to share some of my experiences then and now.

JT Freestyle evolved due to these hurdles.  For instance, I needed a way to spread the word of Freestyle BMX in 1983 so I created my bike shop/mail order, performed Freestyle shows, had contests, special events, etc. when I was 17.

Today JT Freestyle is still out there promoting one of the most spectacular and entertaining sports out there. We all have built a great industry and want to keep it that way.

It doesn't matter what you do it's that you are out there doin' it and that's all that counts.

I want to thank you for visiting, Jeff "JT" Tollefson